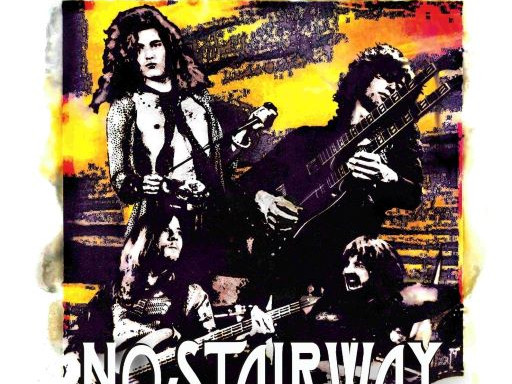 Get ready for a ‘whole lotta’ No Stairway

SOME OF the greatest hard rock and blues ever recorded will be heard live on stages across Ireland this year as No Stairway, Ireland’s leading Led Zeppelin tribute band, hit the road.

Based in Galway, and made up of four of the finest musicians the city has to offer, No Stairway have a true love of this music and recreate Zeppelin’s live presence and studio albums as faithfully as possible. The band are:


• ●     Steven Sharpe (vocals) - Steven is a devotee of Robert Plant, describing the singer as his “spirit animal”. An energetic and charismatic performer, he has the vocal chops to match Plant’s high notes, passion, sensitivity, and swagger.
• ●        Ronan O'Malley (guitar) - It takes a special talent to play like Jimmy Page, but Ronan, a versatile and gifted guitarist, is more than up to the task, with a guitar style that has all the power and energy required to deliver those monumental Zep riffs.
• ●        Shane O'Malley (bass/keys) - In the multitasking role of John Paul Jones, Shane is the solid centre of the group, keeping things tight and grounded to allow his bandmates roam free.
• ●        John Tierney (drums) - John, who will be performing that thunderous John Bonham percussion, is the founder of the Rhythm Drum School and has worked as a drummer for 30 years.
• The band were founded in 2013, and across a decade, they have been giving audiences in Galway, Dublin, Cork, Belfast, Louth, Limerick, Wexford, Laois, and Tipperary, in iconic venues such as the Róisín Dubh, Crane Lane, Dolan’s, and The Limelight, something they never thought they would hear - Led Zeppelin’s music live and on stage.
• No Stairway delivers a show where passion and precision are the hallmarks of their performances. At any show expect to hear such classics as ‘Good Times, Bad Times’, ‘Whole Lotta Love’, ‘Black Dog’, ‘Ramble On’, ‘Immigrant Song’, and of course ‘Stairway To Heaven’.
• The band also deliver spring-tingling renditions of ‘Achilles Last Stand’ and ‘Kashmir’. No Quarter will also be revealing their acoustic chops on this upcoming tour, with the a selection of Zep’s finest folk-tinged moments.
• Been a long time since you “Rock n' Rolled”? Then make sure to catch No Stairway on tour across Ireland in 2023.