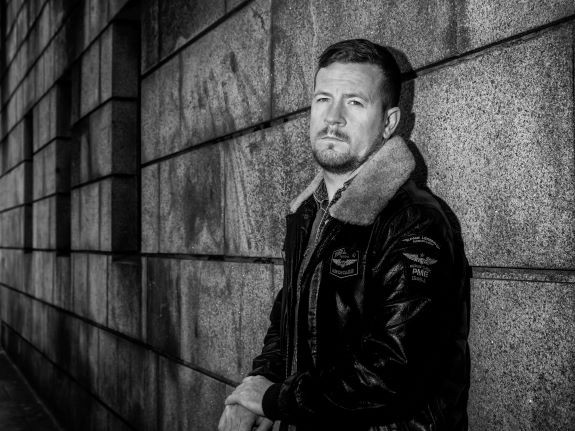 George Murphy is an Irish singer songwriter who hails from the Dublin suburb of Beaumount.

He exploded onto the Irish music scene after his memorable appearances on the RTE Television show “You’re a Star”. Just out of secondary school at the age of 17 he very quickly took over the Irish music scene. He signed to Sony Ireland and his debut album ‘Dreamed A Dream’ went to No.1 in the Irish charts. The album eventually went on to gain triple Platinum status. George had made a big impact with insiders on the Irish Music scene, Phil Coulter was quoted as saying that George “Is the most exciting vocal find in Ireland”, The late Ronnie Drew was quoted saying “A voice beyond his years”, Peggy Seeger was quoted saying “A very honest approach to the songs, kept them true to their Origin” and Hotpress magazine described him at the time as “A serious contender”.

George enjoyed a lot of success in the early part of his career playing a lot of top festivals and venues in Ireland. In 2006 George went on to release his 2nd album “So The Story Goes” which saw him move from the old folk songs to a more indie rock n roll vibe and penning his own songs. George gained new fans for his new sound and songwriting skills but some fans of his previous material were confused by this change in directiom and the album, while getting great reviews and airplay didn't do as well as George and the label would have liked.

2009 George and Sony Ireland had parted company and he decided to embark on a small tour in America where he released his 3rd album “The Ballad of Archie Thompson” featuring The Dubliners and a duet of Bob Dylan's 'Sara' with Christy Dignam. This album showed George was back as a folk artist and doing what people loved best of him. He enjoyed success playing festivals in New York, Chicago, Florida, and in 2010 decided that he wanted to move over and live there altogether.

He spent 3 years in the States which saw him headline many festivals and gained plenty of experience along with a whole bunch of new fans. For personal reasons George came back to Ireland in 2013, he had grown a little tired of the road and felt that he had lost some motivation. A dark time was to follow and as he said himself “It’s a tough life being on the road as an artist, it’s full of ups and downs, the highs are very high but the lows are very low”. Fortunately, it didn’t take George too long to get back on his feet, he started taking writing his own material more seriously and began playing small pubs, clubs and small music venues trying out some of his new material. “It’s a difficult bridge to cross playing your own songs to a live audience”

In 2016 George released his 4th album Shadowman (The Stable Sessions)

This is a live in studio C.D. and D.V.D. featuring some of Ireland's finest session musicians and interviews with George between songs. The tracks consist of originals and old Trad arr favourites of George's.

In 2017 George was offered to join The High Kings after Martin Fureys departure. Putting the solo career on hold was a big call for George but seeing the opportunity of travelling the world and sharing his voice on new stages in new countries to new audiences was something George couldn't turn down so he became a High King and received a fantastic reaction everywhere he went.

2019 saw George perform his most successful solo tour to date after setting up his own new group called The Rising Sons. The tour was a massive success and George seems to have a found his best line up right on his doorstep with family, friends and neighbours.

After a great start with this band sadly all tour dates and opportunities took a backseat because of the pandemic but that didnt stop The Sons working on their sound, material and content behind the scenes and perfecting their show for when the world opened back up again. Now that it has they are ready to take to the big stages and show people what they are all about. George predicts that 2023 and 2024 will be the years that people will get to fully understand the greatness of this group that was born at a local session on his doorstep.