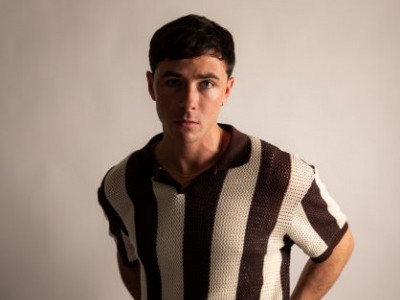 "Conor Byrne is fresh off the release of his brand-new single Girls On The Internet– a well-crafted stripped-back yet explosive track, that showcases Conor’s emotive vocals and impassioned lyrics. Byrne blends the contemporary pop production style, balancing the beautiful organic guitar motif that evolves throughout the track into an uplifting soundscape with Byrne’s stunning, raw vocals front and centre. The single debuted at number 5 on the Irish Homegrown charts and 5 on the radio charts on its first week

The Irish singer-songwriter grew up focusing on his love of music in Kerry, Ireland where he began songwriting at a young age after finding inspiration in the catalogues of Damien Rice, James Bay, James Morrison, and Coldplay. Byrne has already worked with well-known producers and artists such as Gamper & Dadoni who had viral success with their single Island in the Sun. Byrne also teamed up with Ed Holloway (Lewis Capaldi, Dean Lewis) for his debut single Bloodstream which landed in 2019.

Conor’s has already amassed an impressive 75 million streams to date, as well as a monthly Spotify listenership of 1.2 Million.

In the past year Conor has signed with Budde Publishing and landed his first major record deal with Sony Music/RCA Germany.

With multiple singles and music videos lined up for the future, Conor Byrne’s momentum is building as promising talent to keep an eye on for 2023."