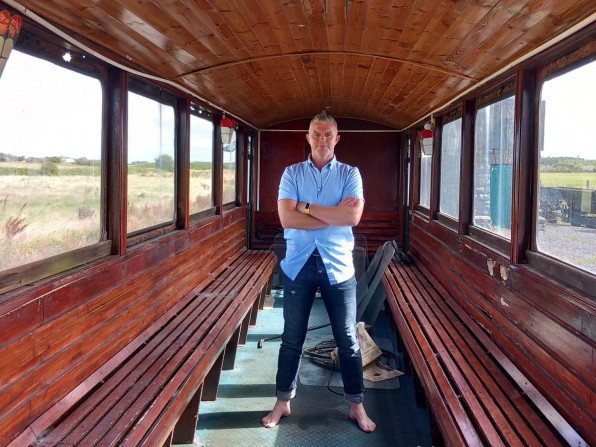 Martyn was a contestant on ‘Your A Star’ 2004 as part of four-piece boy band Final4 and as a result he represented Ireland in Eurovision as a backing vocalist and in the same year he toured with Westlife during their Red-Carpet Tour. He made a special guest appearance on RTEs Coulter & Company with Leo Sayer and John Spillane to name a few as well as an appearance on ‘The Late Late Show’. Martyn has also appeared on the Today Show with Maura and Daithi as well as various Sky Channel Tv music shows.

His debut single was released on Sunday the 18th April 2021 and went to number 1 on the Overall Irish iTunes Charts.

He has had the opportunity to perform on a platform called The Ivory Sessions with such artists as Daniel O Donnell, Nathan Carter, Johnny Brady.

Martyn has released his first original, self-penned single 'Blended Family'. This song is sentimental in statement to Martyn personally, but there are also millions of families around the world who can relate to its message. Approximately 16% of children worldwide live in ‘Blended’ families and Martyn hopes the song reaches this audience as well as many more.

Martyn took a break for a number of years once he left Final 4. During which time, he had two beautiful children. His daughter Ruth and his son Liam. Martyn, along with his partner, welcomed a beautiful baby girl Hannah, in April 2022.  His partner also has a gorgeous little girl Abigail, all of whom make up their 'Blended Family'.