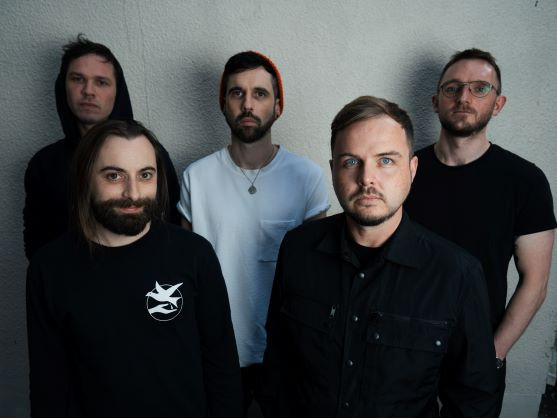 & all other streaming platforms

"We have all stood at the edge of a cliff and been struck by the urge to take another step, or sat in a moving car and had the fleeting thought to open the door. We have all had that feeling. We have all heard L'appel du Vide - The Call Of The Void"


Overhead, The Albatross - the five piece instrumental outfit from Dublin known for their


intricate yet powerful melodies and energetic stage presence. Their sound combines a


into the realm of the cinematic. Layered strings, electronics and spacious synths combined


with soaring guitars and powerful drums are used to create their unique sound. O,TA's music journeys from delicate intimacy to epic peaks, touching everything in between. Their debut album 'Learning To Growl' was released in 2016 and nominated for the 2016 Choice Prize Album of the Year. After the release of their album they decided to take a short hiatus, but they are now back in the studio and gearing up to release their second album.

Today they release the first single from that album; L’appel du Vide.

The video to accompany this latest track was made as a part of Ériu, Body & Soul’s carefully curated collection of visual stories, set against the backdrop of its festival home in Ballinlough, Co. Westmeath. The video is out next week

Listen now on all streaming platforms.