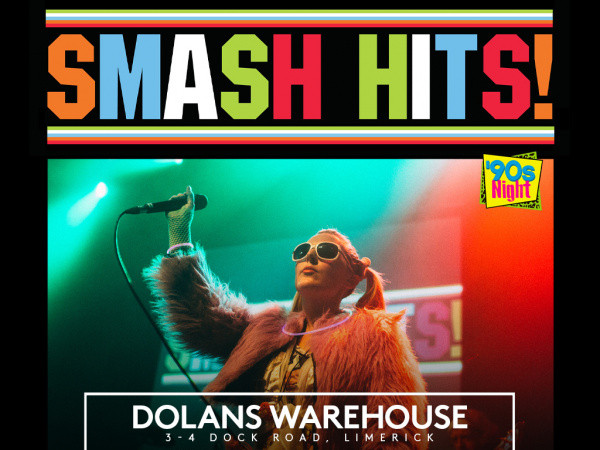 A unique tribute to the golden era of early 90s dance, pop and R‘n’B. This Dublin six-piece is comprised of experienced musicians performing the best of classic 90's tracks from acclaimed artists such as Vanilla Ice, MC Hammer, House of Pain, Take That, Spice Girls, Haddaway, Prodigy and Snap.

Fully decked out in 90s outfits and possessing an energetic set overflowing with chart hits, Smash Hits! are a throwback to a feel-good time of old skool nightclub DJs, all-night raves and packed out dancefloors. Since bursting onto the club scene in May 2009 the band have sold out shows all over Ireland, performed at Oxegen and Electric Picnic, and gone down a storm across Europe.

Smash Hits! have appeared on bills across Ireland with acts like 50 Cent, MGMT, 5ive, S-Club, Faithless, Wheatus, Orbital, The Saturdays, The Coronas and 2Unlimited. The Smash Hits! live show has been getting the party started in venues, nightclubs, corporate events and festivals for the last five years.