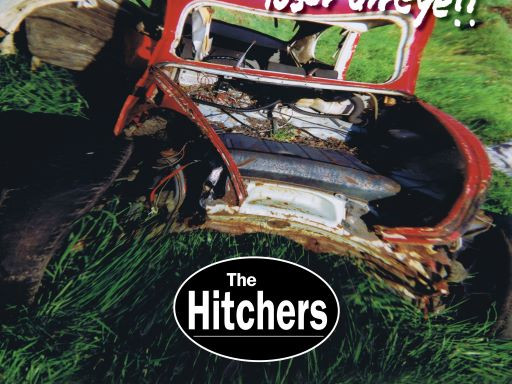 Presented by Seoda Shows Limericks lost boys The Hitchers will play Dolans Warehouse on Friday 28th October -finally marking the 25th Anniversary vinyl release of their 1997 debut album It's All Fun and Games Til Someone Loses an Eye which is available now through the bands site and all good record shops.

Talk of a possible silver anniversary re-release gained momentum following The Hitchers inclusion on BBCs Steve Lamacqs 'Lost Alternatives' -a double vinyl/4xCD compilation album of acts he championed in the 90s. This led to a crowdfunding campaign to finance the reissue which surpassed its target and all expectations in a fraction of the time it was due to run. The album, originally released on compact disc, was remastered for a vinyl release in Limerick by Richard Dowling at his renowned WavMastering studio and throughout 2022 supporters have been receiving rewards which as well as vinyl records have included Hitchers themed greeting cards, hand-made glass coasters and even original photographs and artwork from the 1997 release.

As well as the world cup qualifying line-up that performed on Fun and Games there'll be some special guest performers appearing alongside the band and a full night of fun and frolics. Special guests tba.