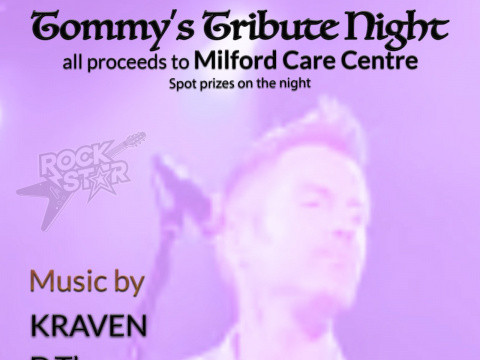 "This night is to pay tribute to Tommy Ryan, who sadly passed away on the 5th of September 2021. All proceeds will be donated to Milford Care Centre. Make sure to buy raffle tickets, as we have some fantastic spot prizes to give away.
Tommy came on the Limerick music scene in the early 90's. If you were a music fan, you would have seen him perform in venues such as the Theatre Royal, The Pery and Riddlers, to name just a few. The music scene changed a lot over the years, but it's fair to say that Tommy performed in most Limerick pubs throughout his lifetime.

On the 10th of September, Tommy's musician friends will pay tribute to Tommy's music career by performing some of his favourite songs. It is also a celebration of his life and a chance to share our memories of him.
Musicians performing on the night include: