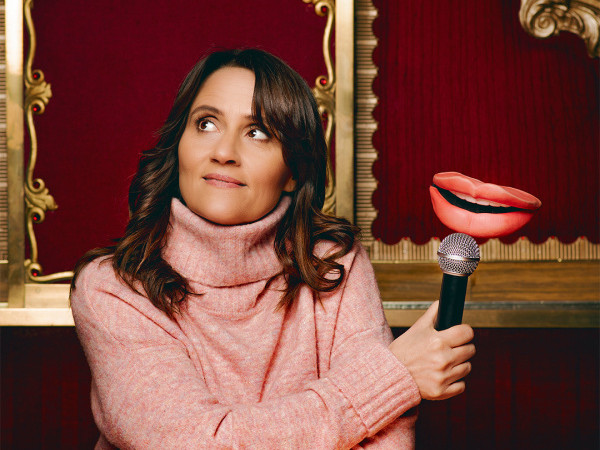 British Comedy Award winner Nina Conti is currently touring the UK to critical acclaim with her new hour The Dating Show and is preparing to cross the channel for a whistle-stop tour of Ireland this June. The quick-thinking queen of ventriloquism brings you her pioneering, dating-infused live show. There’s no promise that true love will be found, but a firm guarantee that big laughs will be had in the reign of this “voice-throwing queen” (London Evening Standard).

The tour kicks off on June 8 in Waterford’s Theatre Royal, and will continue to Cork’s Opera House, The TLT in Drogheda, Lime Tree Theatre in Limerick, Dublin’s iconic Vicar Street, finishing off in Limelight Belfast on June 13.

Nina has stormed Live at the Apollo, made a BAFTA-nominated film and enjoyed sell-out shows across the world – all without moving her lips. She has also been seen on ‘QI’, ‘Russell Howard’s Good News’ and ‘Sunday Night at the Palladium’. In 2012 she fronted two documentaries for BBC4: ‘Make Me Happy: A Monkey’s Search for Happiness’ saw Nina take Monkey on a journey into the world of new age and alternative therapies and ‘A Ventriloquist's Story: Her Master's Voice’ (currently available on Amazon Prime) in which Nina took the bereaved puppets of her mentor and erstwhile lover Ken Campbell on a pilgrimage to Vent Haven which was nominated for a BAFTA TV Award.