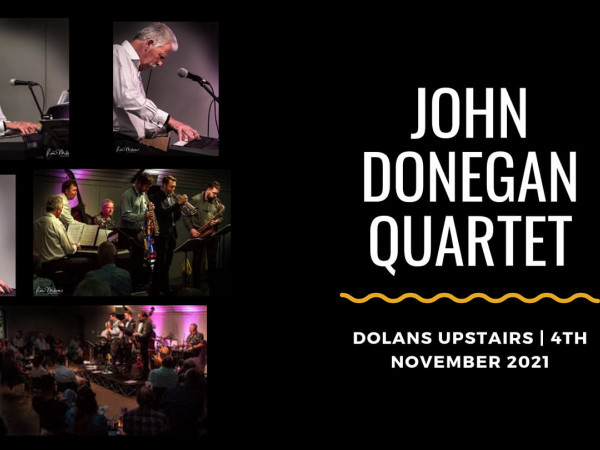 JOHN DONEGAN
John Donegan, UK based and originally from Cork, is a modern jazz pianist and composer.  His music has been featured on the BBC, Jazz FM, RTE and independent radio stations in UK and Ireland.
He has performed with a variety of UK, Irish and International artists, including Art Blakey, Art Farmer, Barney Kessel and Greg Abate, Louis Stewart and many more.

John’s major influences have been the likes of Bill Evans, Kenny Barron, Wynton Kelly, Bud Powell, Chic Corea  and Keith Jarrett.
He has also performed in France, Spain and Portugal and at Birdland in New York.

John more recently composed a suite of 21 contemporary pieces which have been released as 2 CDs, Siamsa, Vol 1 & 2. Recent review in Musicians Union Magazine “An intriguing combination of classic bebop laced with Irish folk melody, this album from pianist John and his saxophonist friend Tommaso Starace is full of sublime lyrical moments”

He released a new Sextet album in Aug 2019, A Kite for Kate, dedicated to his youngest daughter. It comprises of totally original pieces and has already been featured on RTE, BBC, K 107FM and various other independent radio stations. Recent, four star review from “The Jazz Mann” – “an impressive offering from Donegan in which he demonstrates his command of a variety of styles, as both pianist and composer, As a writer he also demonstrates an unfailing gift for melody.

All 6 albums, under his own name, are available on his
Website, johndoneganjazz.com and on all the usual sites: Spotify, iTunes etc. John can also be contacted on John Donegan Jazz, FaceBook page.

During Lockdown, John  has written and arranged 20  new compositions which will comprise of two albums of new material for the Sextet. He has also written new pieces for Volume 3 of Siamsa and a suite to commemorate all those who lost their lives in the pandemic called the Elegy Suite. The plan is to record this material once restrictions are lifted.

John has also been a regular performer for Global Music Foundation who held online concerts during Lockdown.