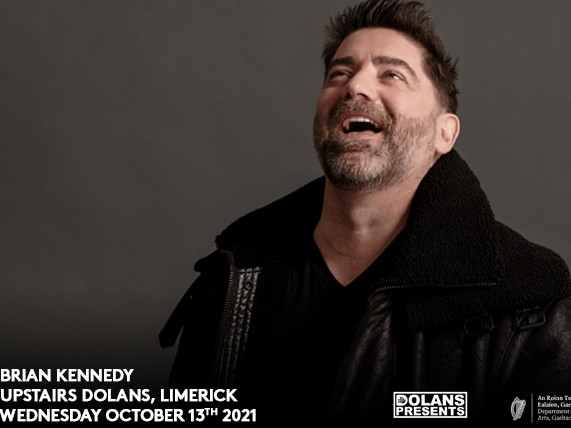 All Government guidelines are in place.

Brian Kennedy is one of Ireland’s most inspired and revered ambassadors of music.
Originally from Belfast, Brian remains one of Ireland’s most popular singing stars. From harmonising with ambulance sirens as a child to overcoming stage fright to be discovered by the now legendary Svengali Simon Fuller, Brian’s story is one of talent, resilience, and bravery. With Van Morrison on the epic ‘Blues & Soul Revue’ tour, he shared the stage with Van Morrison and a breath taking cast of some of the greatest artists in history: Joni Mitchell, Bob Dylan, Ray Charles and John Lee Hooker. Brian has sung with Stevie Wonder at Ronnie Scott’s & incredibly proudly; he is one of only a few to have sung with the late legendary Jeff Buckley. Throughout the relentless touring with Van Morrison, Brian somehow managed to maintain a stream of chart-making albums. ‘A Better Man’ and ‘Now That I Know What I Want’ both went platinum at No.1. In June 2019 Brian completed a five-month chemotherapy chapter and was given the all clear. His journey with cancer resulted in him producing a new EP entitled ‘Recovery’. 2020 sees Brian celebrating the 30th anniversary of the ‘Great War of Words’.