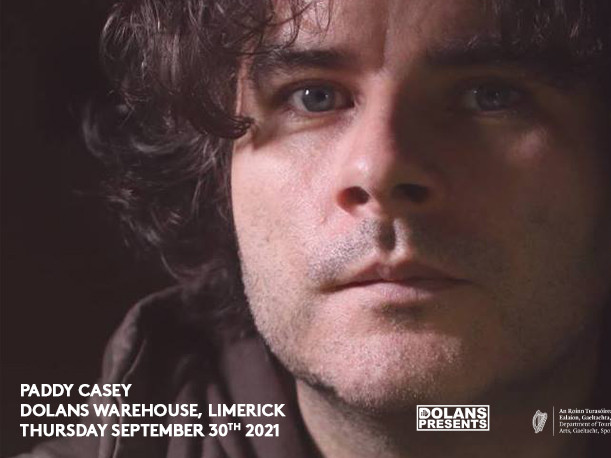 All Pods must arrive together 15 Minutes Before showtime.

Paddy Casey has been at the forefront of the Irish music scene since his debut album Amen (So Be It) in 1999, while his second release Living became the biggest seller in Ireland out-selling U2. Catch his ONLY exclusive live Dublin Dates in the Regency Hotel, Dublin on Dec 5th 6th 12th 13th this year not to be missed.
In more recent times Paddy has had the pleasure of sharing the stage with that very band on their Vertigo Tour, he has had a week-long sold-out residency in Dublin’s prestigious Olympia Theatre and RDS. He has even been invited onto and performed on the Hit American CBS Chat Show ” The Late Show” with David Letterman.
After a five-year hiatus, Paddy Casey returns with his fourth album The Secret Life Of on November 9th. It was recorded, produced, and mixed at home in Paddy’s kitchen by Paddy and Pat Donne. Pat worked on the first album Amen (So Be It), as well as on the demos for all the other albums.
Paddy finished touring his third album Addicted To Company in mid-2009 and decided then that it was time to make an album on his own, without a label. He wanted to let the songs come naturally but found that, almost immediately, they came along in droves. So he began recording them all over the next few years, and in the last 6 months, he chose the 11 tracks that makeup.