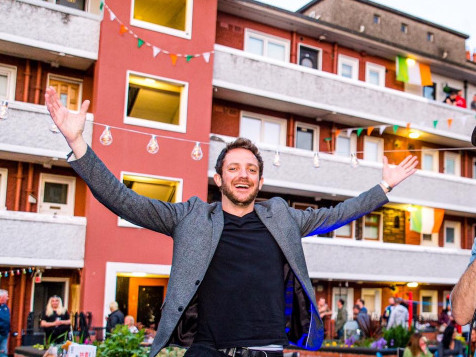 After a complete sell-out solo show last year with his hit tour show 'Reformer'- we are incredibly excited to welcome the Wicklow comic back to our main stage LIVE at Dolan's on Saturday, November 21st! A regular on Irish TV and Radio - O' Brien recorded an outdoor TV ‘Lockdown  Comedy Special’ filmed live at O’ Rahilly House in Dublin city this summer- the show was one of the most-viewed Saturday night comedy special on Virgin Media Television and it’s airing was the first of its kind in the history of Irish TV. It was commended by viewers and by the local community for its innovation and spirit-lifting during a lockdown. He also launched the hugely successful 'Garden Gigs Ireland' which has kept live comedy going all over the country during 2020. O' Brien has toured with Today FM's Dermot & Dave, opened for Bill Burr at Ther 3Arena and has headlined comedy clubs and dozens of International festivals to worldwide audiences.
Don't miss one of the best and most-in-demand live performers in Ireland!

"He opened for me at the 3Arena and f*cking murdered it!"Bill Burr