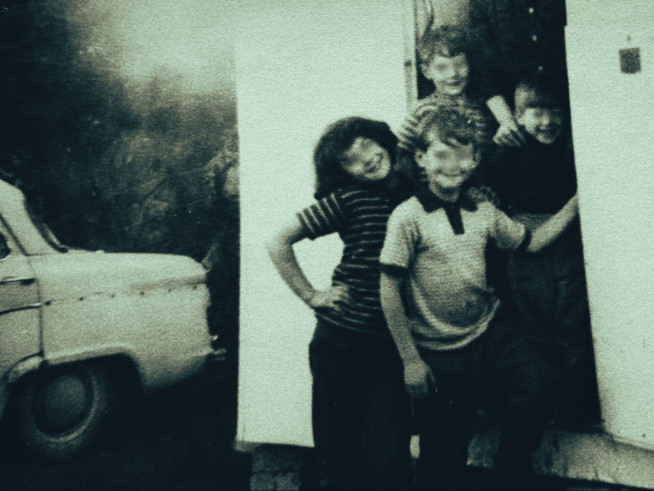 The best of brand new music that you are going to hear and it's from a band, called Enola Gay... Pushing the boundaries, breaking the mould!” - Jack Saunders, BBC Radio 1

“The Belfast crew’s willingness to experiment, no fucks given attitude and fierce delivery is enough to have us pining for their next release.” - District Magazine

“…this is no retread - their songs are powering them into vicious new places.” – NME


Today, Belfast’s Enola Gay releae their new track “Sofa Surfing”, a deeply personal insight into a turbulent chapter of their teens. It’s the first official release from the band, they had previously released the demo “The Birth of A Nation”, a song that addressed systemic oppressions and how racism still spreads in the streets of Belfast.

“Sofa Surfing” fuses bursts of caustic noise and feedback with a pulsing bassline, a sense of menace lingering over the track as it swings between catharsis and rage. Lyrically the track explores substance abuse, eviction and how this has left a lingering impact on the band. Recorded with Chris Ryan (Just Mustard/ NewDad/ Robocobra Quartet), it is a brave and compelling song for a band on just their second official release.

The band formed in 2019, after a chance meeting at a Prodigy concert. From there they set to work on creating music that combined socially aware lyricism with buzz-saw guitars and motorik, electronica-indebted rhythms. The band performed live only a handful of times pre-pandemic before grabbing attention with the release of their demo “The Birth of a Nation”, which led to performances at the online showcases for SXSW, Ireland Music Week and Eurosonic.

The band have announced an Irish tour to coincide with the release of the single, it will be the first time to catch them in full flight since before the pandemic!