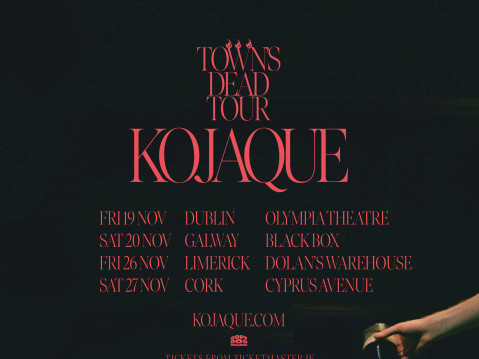 Kojaque is the alias of Dublin artist Kevin Smith. The rapper first raised eyebrows in 2015 with the video release of his track “Midnight Flower”, which showcased his musical artistry alongside his work as a filmmaker and performance artist.

This was followed in 2018 by his critically acclaimed “Deli Daydreams”, a conceptual project chronicling a week in the life of a deli worker, which was nominated for the Choice Music Prize.

2019 found Kojaque teaming up with labelmate and fellow Dublin Luka Palm on the “Green Diesel” mixtape.