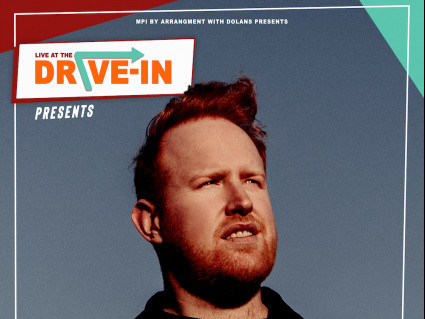 Gavin James Live At The Drive In

We are delighted to announce GAVIN JAMES as our first headline act for our Live at The Drive in Series.

All ages welcome, 4 pax per car

It’s been just over two months single Gavin James sold the 3Arena, at the conclusion of his ‘Last Ticket Home Tour’, and he will now be the first Irish act to perform a Drive-In tour around Ireland as part of LIVE AT THE DRIVE-IN. This is Gavin’s ‘Boxes Drive-In Tour’!. James has had a massive over 1.5 Million Streams of his just released his new single ‘Boxes’ since its release last week. Over the last five years Gavin has grown to be one of Ireland’s most respected singer-songwriter performers worldwide. Since his ‘Live at Whelans’ album in 2015, Gavin has amassed over one billion global streams, sold over 250,000 concert tickets, had over 100 million views of his videos on YouTube and in Brazil alone Gavin went to number one in the charts and reached over 100 million people after his single ‘Nervous’ was used on the soundtrack to the telenovela (soap opera) Pega Pega. Gavin is rightly excited about getting to perform outside of his house once again!