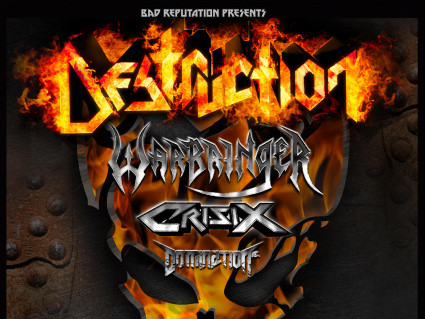 German thrash legends Destruction, formed in 1982, are often credited as one of the "Big Four" of the German thrash metal scene. In addition to helping pioneer black metal by containing several elements of what was to become the genre, Destruction was part of the second wave of thrash metal in the late 1980s, along with American bands Testament, Sacred Reich, Death Angel and Dark Angel.