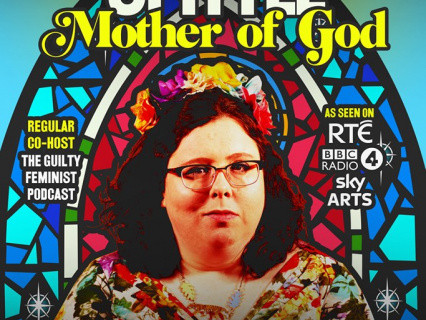 
As heard on The Guilty Feminist and BBC Radio 4’s Grownup Land.


It’s 2001, The world’s changed irreparably and somewhere in the middle of Ireland, a girl fights for the meaty role of Mary of Nazareth in the school nativity.


This is a show about righting a wrong and looking like you want it enough. Light a candle for a ticket.


“Whether character or citizen, Spittle comes across as a kind of genius.” **** Irish Times


“A real alchemist turning the mundane and absurd alike into comedy gold with her phrasing.” **** One4Review


“A master class in stand up comedy” meg.ie